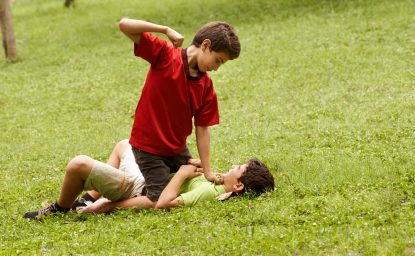 I have touched on the advisability of naming multiple successor fiduciaries in previous blogs, but it bears revisiting, as I have had the recent and fresh displeasure of dealing with co-trustees and/or executors working at cross purposes. The difficulties inherent in reaching solutions to problems by committee are self-evident to anybody who has served on a board or organization where majority consensus must be reached before any action is adopted. Discussion and debate can be endless, not to mention, tedious. A quick look at our state and federal legislatures at work brings home the same point.

In the case of co-fiduciaries, whether they be trustees, executors, guardians, or conservators, the problem in reaching a course of action is exacerbated by the requirement of unanimity. Legally, in most cases, the persons nominated and/or appointed to carry out the wishes and intentions of a decedent in their trust or probate estate must agree with one another before any action can be taken, checks written, assets sold or distributed, etc. To say this requirement presents conflict and confusion, not to mention animosity, is to understate it.

This problem does not present itself when the fiduciary decision makers are professional, neutral, and experienced, as in the case of corporate trust officers working together in a bank or other financial trust office. However, since the financial costs and incentives are usually not present to involve a bank as trustee/executor, most middle class testators and their planners nominate family members as their post mortem representative. In fact, if an individual dies intestate, (without any will or trust) the court will follow a statutory priority for next of kin in appointing a fiduciary.

Generally, when an individual or married couple name their successor trustee/executor, they choose their adult children, assuming they have any that are halfway responsible individuals. The mistake some of them, and their estate planners make, is to delegate the fiduciary duty to multiple children. Some testators are convinced that appointing one child over the other(s) will somehow hurt the sensitivities and stir the resentments of the excluded child(ren). This belief is not without merit, as many times the “sibling rivalries” and conflicts go back to when said children were playmates in the backyard sandbox. However, such latent or patent hostility comes out in spades when the sensitive subjects arising in probate and trust administration come to the fore. Besides the potential for severe animosity as presented by such shared authority by persons not particularly fond each other, even when they are affectionate in their kinship, the administration of Mom and Dad’s estate can create emotional and mental conflicts where they did not exist before.

The solution to the misplaced desire to award the job to multiple parties is to first convince parents and other testators that they need to explain the choice of one child over the other(s). I usually tell them to simply blame their attorney for the decision of one over the other(s). Also, when making the selection, they should pick the best qualified and geographically convenient person, and one that they feel is best equipped to handle money and responsibility. After all, the nomination of a fiduciary is not an award or preferential victory of the most favored child. The estate appointment is simply delegating to someone the responsibility of a thankless job. To salve the wounds of the ones not named, their parents can name the best choice first, and the others as alternates in successive order of birth or other criteria.

Finally, if there exists some coherent reason to name more than one representative, then it should never be more than two, and those two should have a history of cooperation and rationality. Many times, if parents have 3 or more kids, they nominate all of them as co-fiduciaries! Any estate planner that allows them to do that is asking for trouble, as the problems and conflicts increase exponentially rather than arithmetically with the number of persons required for administrative decisions.