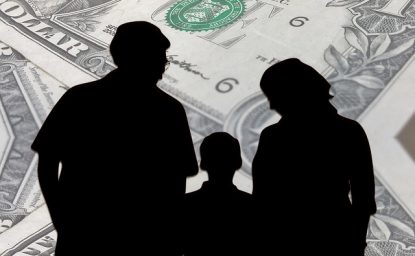 Most probate litigation involves family members in conflict with a variety of issues, but the essence of the disputes usually involve who is entitled to receive a deceased relative’s assets. When I have been involved in these contested matters, I am reminded of the old joke about family vacations. That is, you can have a family, or you can have a vacation, but you can’t have both. The analogy is apt because the end result of these battles is damaged and sometimes broken relationships, regardless of who “wins”.

Probate contests easily resemble divorce cases in their intensity of emotions between the parties. The difference being that instead of two people fighting over property, you sometimes have several, each individual with something personal to add to the story. The animosity most often is between children of the decedent, although in-laws and stepparent relationships often get some of the play. Some of this sibling friction goes all the way back to their sandbox, wherein one brother got a bigger toy than the other, or felt mother always liked him or her best. Sisters and brothers alike can revert to childhood when it comes to a showdown at the courthouse. I have actually seen my clients physically tussle with their siblings in the halls of justice, to the point where the on-site sheriff deputies had to be summoned. Amusing in retrospect, but not so much when it is happening.

Some families do not have this sort of built in animosity. During the life of the deceased parent, they can be the model of domestic harmony. All together for birthdays and holidays, just like in a Rockwell painting. However, when there is money issues to argue about, it all comes apart. Other families seem to have been conceived in estrangement. They are not seen or visited by each other until its time to get after it in court. Everybody knows the story of the long lost relative who never surfaces until Mom and/or Dad assume room temperature. Then, their presence and pressure for their share of the legacy is manifest.

My perception, not based on any clinical tests, studies or investigations, but my own observation, is that the incidents of litigation in family inheritance cases is increasing. I attribute that, again, not based on any scholarly observation, to a variety of factors, but maybe only three. Those involve under-employed attorneys, the rise of living trusts as the predominant estate plan for the middle class, and the increased longevity of our senior citizens.

It is a common perception that there are too many attorneys in the market. Many of the formerly reliable sources of income for practitioners have evaporated. Simple divorces are handled in pro per or with courthouse assistance, settlements of personal injury claims have tightened, and the internet has fed the American tendency to DIY when it comes to routine legal contract and business transactions. This trend, along with a general increase in societal contentiousness, has made what used to be the genteel practice of probate and estates a war zone. In prior times, civil litigation tools as in discovery and law and motion were relatively uncommon in the widow and orphans court. Now they are the norm in every probate dispute. Lawyers that formerly focused on “family law”, meaning, mostly, divorce cases, now barge into decedent’s estates with the fervor once reserved for warring spouses. Of course, divorcing couples encourage aggression in their attorneys. They do not wish to surrender to the person who has left or abused them unfairly. Attempts at conciliation are not favored and looked upon as a sign of weakness. This attitude now pervades the probate arena with attorneys who left their now weakened dissolution practices, but now bring their aggressive ethos to the probate departments. Goodbye to Norman Rockwell, hello to Roy Cohn.

Without a doubt, Living Trusts are the best tool in estate planning for the middle class. Any couple or individual owning at least one real property in California should have one. The problems and issues with them appear post mortem. Most folks are not inclined to show favoritism with their children. They fixate on being fair to them when they nominate trustees/executors, They generally gravitate toward naming all of the kids as fiduciaries, or name them as such in the order of their birth. Besides feeding into extant sibling rivalries (see above discussion), some people just are no good at being honest or keeping records. Trusts are created to avoid probate, but sometimes the only way fiduciaries who are really not familiar with those arcane duties, are best supervised by an umpire in a black robe. Of course, if fiduciaries are monitored by conscientious counsel, the same equitable result can occur in trust administration, and for a lot less expense and in a significant shorter time. However, some less honorable practitioners sense the smell of hostility between players and feed on that for their own gain (see paragraph immediately above). The best course of trust administration is one where the successor trustee acts in a fair and open manner, regardless of any personal antagonism they may feel toward fellow beneficiaries. Easier said than done.

Fortunately for us all, we live in an era where the actuarial tables are being revised upward at a good clip. I have seen more clients still going strong well into their 80s and 90s. When I Was 10 (in the 1950s), I went to my grandfather’s 70th birthday party. I was amazed that he could cut his own meat, and survived the weekend, he was so old. Unfortunately, some of their children are not so happy with this development. Quite plainly, they get tired of waiting for that generational transfer of wealth. They also may fantasize about just how much of that wealth exists, or will be transferred their way. This attitude is compounded by having a not so well liked sister or brother “in charge” of the estate. When I see siblings fight over who is to be the fiduciary, I remind them that it is just a thankless job, and being a beneficiary waiting for a distribution check is a much better position. I am usually ignored in that advice, because desire for dominance and power appears to be a genetic defect in many cases.

This session is already long enough. In future diatribes, I will discuss the various theories employed by family litigants to persuade a court officer that they are righteously contesting the creation of an estate plan unfavorable to their interests, or attacking the misdeeds of their despised trustee. They include testamentary incompetence, elder abuse, fraud, and the ever popular, but rarely successful, allegation of undue influence. An old English proverb says “He who goes to law has a wolf by the ear”. Indeed.