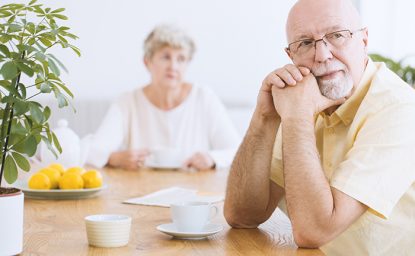 Once upon a time, wills were the operative testamentary documents. Not that long ago, really. The emergence of living trusts have moved into position as the predominant estate plan of choice for the middle class, at least in California. This trend, I believe, started in the 1960s with a best selling book by William Dacey called “How to Avoid Probate”. In that tome, he outlined various ways in which one may, indeed, avoid probate court proceedings. Actually, I never read the book, but that is what I am told. I was too busy reading and doing other things in the 1960s to bother with DIY legal guides. I still am.

Anyway, the living trust type of estate plan gradually moved into estate plan ascendance. My belief is that modern word processing may have been instrumental in making the living trust popular. To prepare a trust document in the olden days, before today’s office hardware and software, required hours of manuscript typing. While secretarial staff is historically underpaid, they still do get paid, and those trusts took a lot of keyboard time on the old IBM. Now, its a matter of selective drafting and hitting the right key strokes to produce clean, professional looking, documents suitable for binding, which many times they are, with tables of content and index tabs.

Of course, wealthy folks always had their living, ongoing, trusts, foundations, and other fictional entities to avoid the prying eyes of the state courts and federal taxing authorities. Scrivener’s fees were not a big consideration for them. For that matter, testamentary trusts were also utilized by people of property to implement and control their ideas about when and how their heirs received their legacies in much greater detail than a simple will. A 3 or 4 page documents usually just provides that, upon the testator’s death, so and so gets the estate, and another, or the same so and so, handles the administration thereof. The trust scheme is a way to phase out distribution at a trustee’s direction or discretion in a manner that seems appropriate to the planner and client.

Living trusts facilitate the same plan as would a testamentary trust. The beauty (and sometimes the curse) of them is that living trusts are not subject to court supervision, administration and distribution. Of course, theoretically, this saves boodles of money in the form of court costs and attorney fees. Also, the time of administration should be significantly shortened.

While nobody in a black robe is overseeing the Trustee, they have the same fiduciary duties as a Will Executor, a Conservator for the disabled, or a Guardian for a minor child. That is, they should put the interests of the trust beneficiaries first, and their own interests (and temptations) second. Imposing this legal duty makes absolute sense when somebody is literally entrusted with handling somebody else’s property. Unfortunately, some lay or unprofessional fiduciaries, have never had tens or hundreds of thousands of dollars under their authority. With no court to watch them, nor mandatory bond to insure them, some leave the building entirely, or help themselves to “loans” from the estate that cannot be repaid, of course. That larceny can sometimes happen with lightening speed. To the point, sometimes avoiding probate court and its regimens is not all its cracked up to be.

When my clients deliberate as to who would be best to nominate as their successor trustee/executor, they are usually deciding among their adult children, if they have any. My suggestion, especially in the living trust context, is that, whoever they nominate, it should be someone with two attributes: 1. Honesty, and, 2. It really helps if they can balance a checkbook, or at least the humility to hire someone who can. I usually also discourage co-trustees, or co-fiduciaries in any form. Co-pilots are great on airliners, and serve a legitimate purpose. If one vapor locks, the other can take the wheel. Not so with co-fiduciaries. Its hard enough to get one of them on the right page and moving forward. Anyone who has ever dealt with committees or boards knows of what I speak. I like to say that democracy is great, but with trusts, I prefer benevolent dictatorships. Its largely a logistical concern, but it can also be difficult to get consensus on, e.g. whether to sell the family home, or, if so, how much, and who will be the listing agent.

Some of my clients, in their understandable desire to be fair to all their children, actually nominate all of them to be co-trustees. Not a good idea, and, in those situations, I usually try to get one or more of them to decline to act. After all, being a fiduciary is not a reward for being a good and faithful child. It is, quite frankly, a thankless job. It is much better to be waiting for distribution, with a critical eye on the poor soul stuck with the administrative chores. When I was employed during law school in a bank trust office, one of the most tired, but apropos jokes I heard among the trust officers was: What’s the best job in the economy? Answer: Trust beneficiary. Not particularly funny, but quite true.