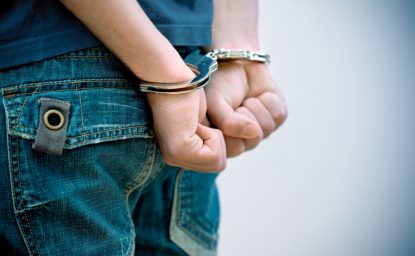 Most folks are familiar with court-ordered bonding in the criminal context (hopefully, only because they watch TV police procedurals). When someone is accused of a crime, especially a serious one, the court may order that a bond be posted to insure that the defendant shows up for further proceedings. If he or she does not, the bond gets forfeited to the pay the court. Then the bonding company hires someone to pursue the skipping felon.

Bonding is also used in the probate courts. The court can order a bond to insure that a fiduciary, i.e. an Executor, a Trustee, Conservator, or Guardian, does not misappropriate (steal) the funds they are entrusted with, and depart for parts unknown. Or do not depart, and just don’t have the money they “borrowed” to pay it back.

The usual estate bonding situation occurs when a decedent has left property, but no Will, nor a Trust that can avoid the probate court process entirely. The person who petitions the court for “letters” of Administration when there is no Will, usually will be required to post a bond, even if all the estate heirs “waive” that requirement. The amount of the bond is determined by the size, nature and extent of the trust assets. The court will often times also order that a bond be posted when there is a Will admitted for probate in which the decedent specifically waives that requirement with words in the Will to the effect that any nominate executor “may serve without bond”. Most courts will not require a bond if those words are in the will and the beneficiaries waive bond as well. However, some courts are reluctant to ever waive the bond requirement or will order an amount that seems excessive. Of course, the larger the bond, the larger the premium. That court reluctance is understandable, because the waivers in the will and by heirs still does not insure that the representative will be able to avoid the temptation to mishandle the estate finances. Only a bond underwritten by an insurance company will avoid the court’s embarrassment when that occurs, and judges do not like to be embarrassed.

When a petition for letters of administration or letters testamentary under a will are granted and the court requires a bond, the petitioner must be qualified to get it written and posted. That can be problematic in more cases than one would think. The bonding company will run a credit check on the petitioner, and any sub-par report, a prior bankruptcy, or other factors, will cause the bond application to be denied. That denial will result in the necessity to find a new and qualified petitioner, and the time and court costs spent for filing and publication of the first petition are lost (upwards of six weeks and $1,000 in most cases). Therefore, it is best that the attorney representing any petitioner run a pre-qualification check with the bonding company before filing their petition. After a few disqualifications of granted petitions, this pre-qualification became standard practice at our office.

Since there is no court supervision over the administration of living trusts that become irrevocable on the trustor’s death, there are no bonds required. However, there is still the temptation of financial mischief by the successor trustee. When I advise trustors on who they should nominate as their successor trustee, I usually tell them that since I do not usually know the trustee candidate, I have only two criteria: The first is that he or she is known by the client to be honest; the second is that it really helps if they know how to balance a checkbook.